Recently my four year old son has been waking up really early and getting out of bed around 5:30 am. My wife and I thought about getting a clock for his room and trying to explain when it was okay for him to get up. But the idea of explaining the numbers on a digital or analog clock seemed too daunting with a young kid waking up early in a still mostly dark room.

Then it hit me. There’s already a Sonos speaker in his room which we use, among other things, to play lullabies when he’s going to sleep and the speaker also has an alarm feature. 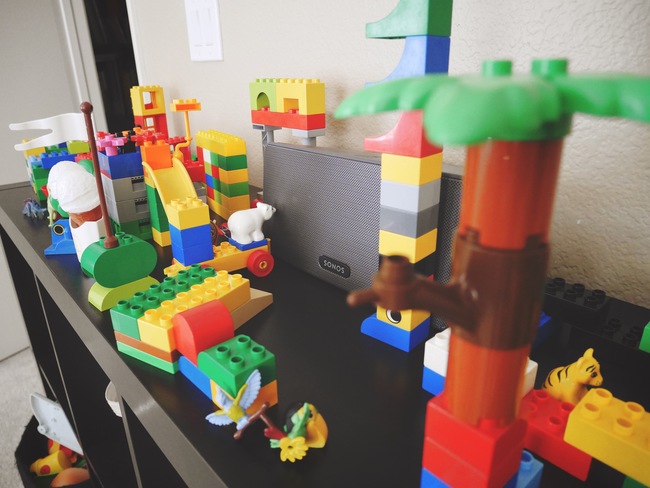 Instead of using the alarm in the traditional way to wake him up. I set it to 6:45am and told him that he couldn’t get out of bed until he heard the music. Here’s another benefit of the Sonos alarm: I can set it to any song using Rdio’s on-demand service. So I let him pick the song he wants to hear in the morning that tells him he can get out of bed. By the way, he chose Cold War Kids’ “All This Could Be Yours”–or what he calls the “call me up” song.

Whether or not this will actually work long term is still yet to be determined, but after one day it’s proving to be a new Sonos kid hack.

Update: It works! At least it has so far over the last nine days straight.

Even for those who wouldn’t call themselves musicians, the possibility of being able to create music isn’t out of reach. Here are some of the easiest ways to join in with other musicians or make music on your own.... Continue →