Possibly The Best Wireless Headphones You Can Buy Today

If you’re like me then it’s essential to have a solid pair of headphones. Some that are of a certain level of fidelity and aren’t unnecessarily bulky or expensive. For a lot of people, myself included, spending ~$100 on headphones is a lot of money so I’d also like whichever headphones I choose to be a wise investment, even years later.

I happened upon Outdoor Technology and its wireless audio products through other reporting, but found something I wasn’t expecting, the exact type of headphones I’d been looking for – high quality, portable, and wireless. 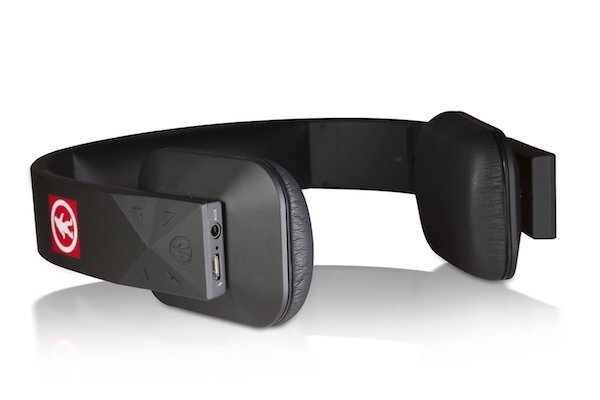 The Tuis are some of the Outdoor Technology’s newest headphones and are top of the line for the company. Coming in at $150 the Tuis aren’t expensive compared to ones from Beats or another dedicated headphone manufacturer, but they aren’t exactly cheap either. What they are, however, are some of the most comfortable headphones I’ve ever tried.

The soft touch rubber material give off a good first impression, but it’s the fit and feel once you put them on that solidifies the deal pretty quick. The two things I was concerned with right away was both the product’s sound and feel because you can’t have one without the other. Even if they sound amazing, you aren’t going to wear uncomfortable headphones no matter the sound quality.

It’s always tough to tell if the fit and feel of headphones will translate well for others, but in this case it should. The ear pads are big enough to cover the entire ear without being huge. They also rotate slightly in all directions to lay flat no matter the shape of your ear. The headphones also don’t squeeze too tight.

Because the headphones aren’t too tight, they might feel loose to some. I was a little concerned about this initially because the last thing I want is to be constantly adjusting them or worrying about moving my head. After extended use and even taking them on a bike ride, they never fell off.

They aren’t immune to occasionally shifting, but it shouldn’t be concerning. Also, as comfortable as the ear pads are, the top pad which appears to be the same material is a little hard. Not a deal breaker, because it was completely unnoticeable after a few days, but still worth mentioning.

Wireless (Bluetooth) headphones are pretty clearly the immediate future of consumer audio. I’ve had my dangling earbuds ripped out of my ears enough times to know there has to be a better way.

The Tuis are Bluetooth 4.0 which means they won’t drain your phone’s battery and have the ability to do voice commands and other niceties. On the right side of the headphones are hidden buttons to control play/pause, volume, and track skipping. Pressing different combinations also allows control of Siri or call holding and call conferencing.

Because the buttons aren’t ugly and distracting, it means they’re a little hard to do blindly at first. There’s enough texture to get the hang of it and still have them be useful, but it will take practice.

Battery life is long, something around 15 hours of contentious use. The wireless shouldn’t negatively affect your decision because the Tuis come with a 3.5mm cable that allows them to function like standard headphones even if the battery is dead.

The sound, the other major factor, is excellent. Overall the headphones are pretty flat, meaning the bass or treble aren’t heavily skewed either way. You should get a fairly accurate representation of the sound the artist/producer was going for on songs.

If anything, the bass is slightly lacking, but testing hip hop, rock, and other various genres all sounded full. Rather than target any specific type of music, the Tuis should work well across genres.

The headphones perform like you’d expect and sound like they could compete with any other headphones priced above the $100 mark. If you’re skeptical about quality/price relationship, the company has been focused on creating quality wireless products without the price premium typically associated with wireless. While the Tuis retail at $150 another company might have priced them around $250 and not thought twice about it.

In addition to the 3.5mm audio cable, the headphones also come with a micro USB charging cable, cloth carrying bag, and hard/soft shell carrying case. All in all, there’s very little to dislike about the Tuis and a lot to love.

It’s hard to predict if the Tuis will hold up and perform long term as well as they do on day one, but these should be on your short list of premium style headphones, no question.

The Tuis have comfort, sound, features, all at a reasonable price.

Canopy Climbers aren’t a well known band. Their previous album ‘Distances’ wasn’t talked about on many blogs and though breathtaking, didn’t win any awards. This band, however, is the reason I continue to search for new music from those... Continue →