Meural Review: Forget What You Knew About Digital Frames

It’s not the same kind of exhilaration you feel while speeding down the highway at high speeds, but having a wall frame that instantly shows new art on a whim is definitely exciting and kind of addicting.

Meural’s digital canvas is a digital frame, but there are a few things that separate it from others. First it’s pretty big, with a 27-inch anti-glare display and second, it’s framed and made to look like realistic art, hung and displayed on a wall.

In my mind, and probably others as well, digital frames have this bad rap from the last decade of cheap 7-inch frames which were low resolution and hard to use. These were the commoditized ones trying to capitalize on holiday shoppers and the random gift idea. Meural is bucking those stereotypes. 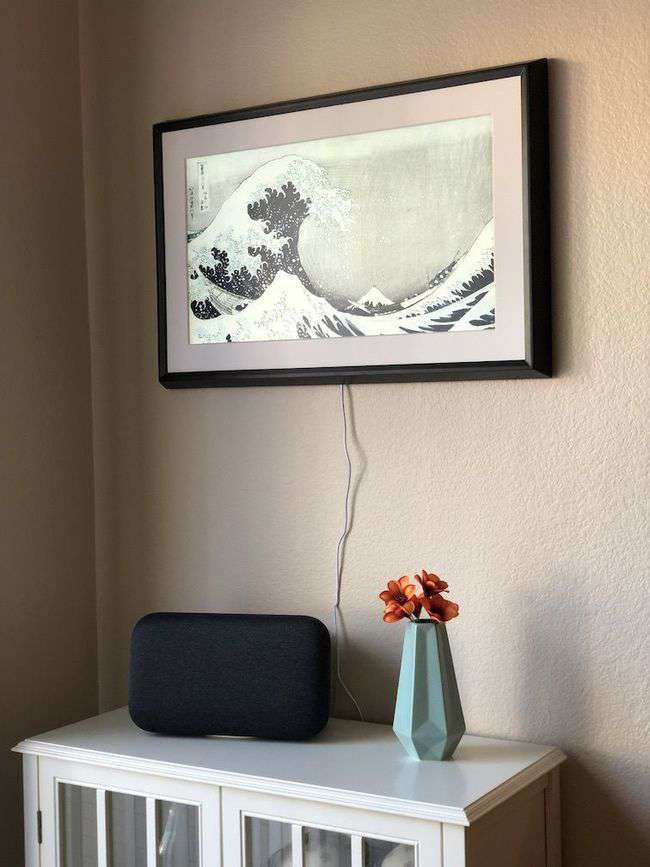 From opening the box to getting a selected image on the screen, it was about 20 minutes, half of which was due to hidden and slightly complicated controls.

The frame uses swipe gestures to control its on-screen menu, but these aren’t touch controls, they’re motion detection. You hold your hand about an inch or two from the frame and wave sideways or up and down. Doing this later to switch images works as well as you’d expect, but during set up and accessing advanced menu settings isn’t ideal. In fact, it can be down right frustrating.

The allure of sophisticated “invisible” controls is admirable, but should definitely be looked at for future product improvements. 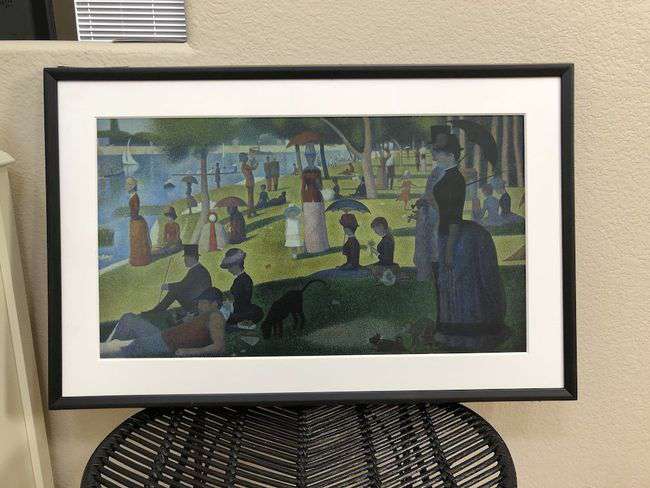 Once the frame was connected to my Wi-Fi and I signed in to the app, I didn’t experience any technical issues. Selecting art, uploading my own images, and creating playlists all worked well. It was very useable, though a refreshed app interface would likely benefit more casual technology users.

I was able to replace an existing framed picture on my wall with the Meural one and it looked great. The frame and matting don’t look out of place, there’s nothing overly “technical” about it—which is the goal. As a word of warning, however, the frame is extremely heavily, so make sure your screw is anchored into the wall.

The wart of this product is its cord. I don’t know how you fix that eye-sore, but it has the potential to kill someone’s enthusiasm over furnishing their home with a digital wall frame. Of course, there are ways around this including having an electrician add a wall outlet directly behind the frame (like a wall mounted TV) or setting it on a piece of furniture to hide the cord.

The visual cord issue is a real concern, but if you can get past it in someway, daily use with the Meural frame is awesome.

Going through the chore of buying art of or taking and framing your own photos isn’t necessarily fast and cheap which makes Meural so tempting. I loved being able to set a playlist of famous art pieces. Whatever the mood, time of day, and circumstance, it was easy to match an image.

If anyone has ever had a significant other who was always asking for more family photos, or been asked to routinely change them out for new ones, they will appreciate the ease of the digital wall frame. It could be a relationship-saver for some couples.

It’s not just your own photos, however, a wealth of art through Meural’s collections should satisfy most people’s cravings for the familiar and unknown. The real decision comes in deciding whether to hang the frame vertical of horizontal.

Sure, a digital canvas isn’t a replacement for a piece of art, but what it does is satisfy a large section of the market who wouldn’t have bought a piece of art in the first place.

This piece of technology is tapping into consumers who like Netflix, or who will pay $9.99 a month to stream all the music available, but weren’t ever going to buy all the music they listened to or all the movies they wanted to watch.

The display is high enough resolution for its size and is convincing enough for all casual encounters. Meural is a new category of gadget. It’s not simply a digital frame, the 7-8-inch ones everyone’s parenting we’re getting a few years ago. It’s also definitely not a TV or second screen. Meural is a type of gadget that needs to be a functional and dedicated piece of technology, because if it doesn’t do its one objective right, it’s a complete failure in every way. It succeeds in the hardware where it must and is acceptable in the software and ways that can be tweaked in the future.

While knowing the cord limitations, if you think this would solve your art problem or would brighten your home, it probably will and you should take the plunge. For everyone else, the success of Meural should mean a variety of more options in the near future. 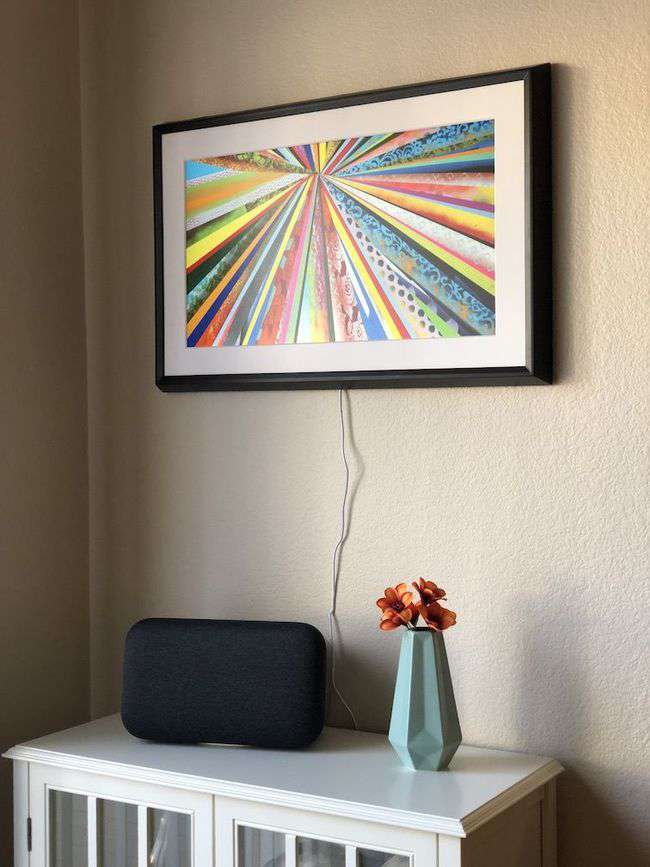 Double Tap To Heart (Have You Been Instagrammed?)

My buddy picked his phone up off the table and glanced at it like he was checking for an expected message. After a few swipes and brief pause he put the device comfortably in his pocket. With nothing too suspicious about the actions... Continue →