Brand New surprised everyone with a new album on August 17th called Science Fiction. (Though, it shouldn’t surprise anyone that the band just put it out whenever they felt like it, without advance notice.)

Instead of reviewing it, trying to argue it’s good or bad, let’s break it down a little differently and talk about its interesting characteristics.

1) Science Fiction isn’t too out there

Love it or hate it, Daisy was divisive for Brand New fans. That release in 2009 seemed, to me, like the band was moving more towards putting out music that scratched their itch for something new–for the sake of being different for themselves.

Science Fiction has its quirks, like the interlaced spoken dialogue throughout, but musically and conceptually, the album is very traditional, which I think is great.

If anything, the album is understated and it shows restraint.

Though out the 12 tracks, there’s not really any point that feels like they’re ripping their young selves off. Even if there are moments that feel familiar or remind you why you like Brand New, there’s never really a time that feels like you’re listening to an old song.

Interestingly, there are times Science Fiction rubs shoulders with ‘90’s rock. There are brief melodies on “Wasted” and “In The Water” which the vocals and instrumentation borrow from bands on rock radio in the late '90’s and early '00’s.

3) The album cover is magnificent

The cover art of two girl jumping off a balcony at night captures the album’s tone perfectly. It’s a simple picture, until you look closer.

The balcony has to be at least 20-feet high, so why are they jumping? The second girl on the ground looks like she’s in motion, meaning they likely jumped around the same time. Where is the girl in the red jacket going to land?

Was the license plate digitally changed to 'SOS 666’?

While it’s a simple picture on the surface, it begs so many questions.

Eight years after Daisy, the band announced a vinyl pre-order for 500 people, who were then sent a burned copy of all the songs as a single track two days later. It was a planned leak to create a commotion and then just as chatter got going, the album was up to purchase.

One of Brand New’s trademarks has been lyrics you can bring up and cite and work into daily conversation. This is only a first few listens assessment, so it could be wrong, but it feels like the songs have less quotable lyrics.

This shouldn’t be confused with lyrics that aren’t deep, meaningful, or relevant, they just seem less quotable.

“Every night you’re tripping out,
and in the morning you were coming down,
if it’s breaking your heart,
if nothing is fun,
don’t lose hope my son,
this is the last one” 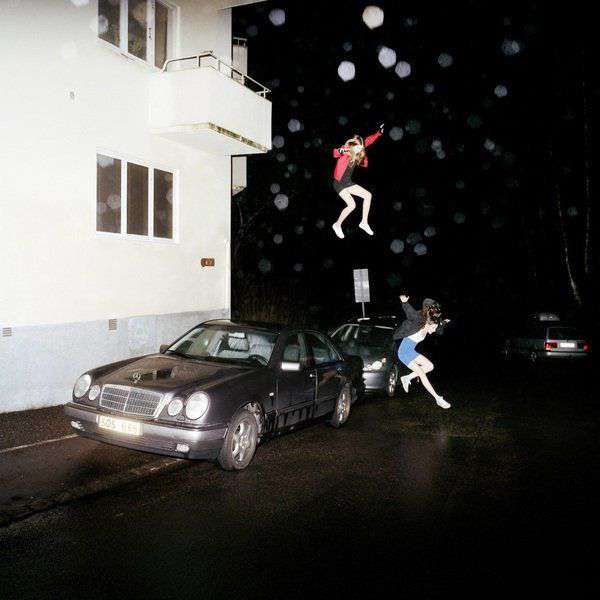 The two biggest concerns with switching to a front pocket wallet is bulk and functionality. Having tried a lot of wallets over the years searching for the perfect balance of thinnest and practicality, I think I’ve finally found it. If... Continue →