The new album from Lakes, ‘Fire Ahead’, unfolds like a bitter-sweet ode to California.

In the midst of joy, love, brokenness, and pain, there’s also this unintentional backdrop of the golden state found throughout the record. 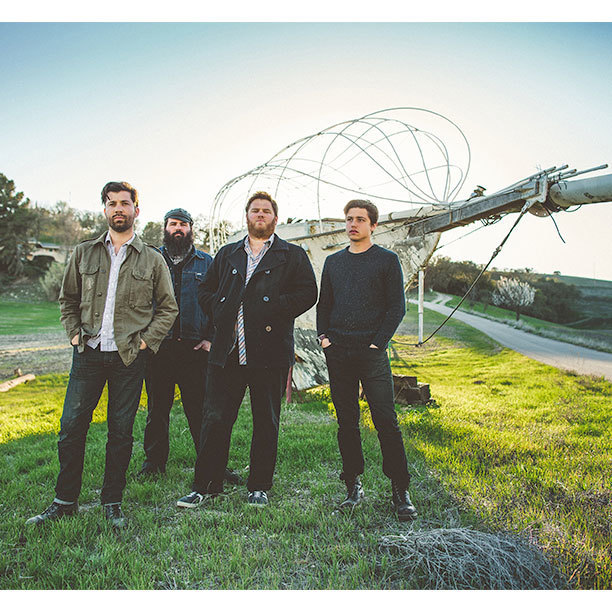 “This album plays out like a story,” says lead singer Seth Roberts. “It’s very personal, but hopefully that comes across clearly to the listener.”

The story Roberts is referring to is a some what dark one, saying that he lost track of how important and beautiful time can be even when things aren’t going well, that it’s these moments that get built upon and will eventually add up later.

“I went through a pretty rough marriage and ultimately a messy divorce,” Roberts says. “It really spun me into a dark time trying to make sense of a lot of things in my life. Spending years investing your dreams, goals, time, energy, into something is kind of like building a house. So when that ‘house’ burned down, it took a great deal of sacrifice to build a new dream. This album is just the story of seeing my life transform to something really amazing and freeing.”

Sprinkled through out the story of gathering pieces and remembering who you are is the imagery of California–like on the nostalgic “1992.” The coastal places give the album a distinctively summer feel, one that’s unaware of itself and free from any expectational burden. Songs like “Armacost Avenue” place markers on the map and detail the smaller moments that play into the bigger emotional landscape represented here.

“All these little pieces of that time of my life, even though they don’t seem that meaningful, they really shaped who I am, my beliefs and values today,” explains Roberts. “So there are a lot of things specific to my time in Los Angeles, Santa Monica, PCH, Santa Ana winds, Ocean Ave, and Armacost Ave, all the places these stories happened.”

In-between the softer songs are the album’s anthems like “Hold On” and “Holiday,” driven and decisively unforgettable. That’s not to say those are the strongest moments, but they remain some of the most memorable. “Hold On” also memorable for its lyrics is a vivid telling of two people longing for a connection with each other that repeatedly misses.

Another part of Roberts’ story is his move from being a career musician, which is part of what makes Lakes so unique in these later years. “When I was in Watashi Wa and even when I was playing guitar with MxPx, I remember stressing out about things like how much merch we sold at a show or tracking our SoundScan placement,” says Roberts. “My idea of success was to turn that passion for music into a career, thinking that would be the ideal way to keep that pure love and creation of music alive in our lives.”

Roberts has since transitioned away from music being a job to it being a hobby. “That was amazing and freeing because I found that pure love of music again without all the stress or worry of it paying the bills,” he says. “The way I see success now with any kind of art form is simply that you are able to do it.”

“We try to keep music as simple and pure as we can with Lakes,” Roberts continues. “We aren’t trying to ‘make it’ because we feel like we already have, at least by our measure.”

‘Fire Ahead’ is an album diverse enough to overcome stagnation, held together tightly by music and lyrics raw and unwavering in pursuit of honesty.

First with ‘The Agreement’ and picking up where that record left off, the picture of what this band is all about and they story they’re trying to tell is becoming much clearer. The story of ‘Fire Ahead’ is detailed in the opening and closing songs, but much like life, we don’t see it without the lens of everything in-between.