Even for those who wouldn’t call themselves musicians, the possibility of being able to create music isn’t out of reach. Here are some of the easiest ways to join in with other musicians or make music on your own. 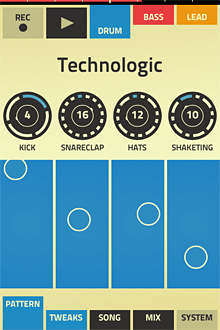 The app from software maker Propellerhead has long been one of the simplest ways to create your own tunes. There’re sections for drums, bass, and lead (synth) which can all be recorded and layered with each other. The bass and lead sections allow you to change the rhythm and steps in the scale, while the drums allows you to adjust each of the drum pieces individually.

Once you’ve settled on the tempo and key in the settings all you have to do is hold your finger down to start playing. The bass and lead sections are pad which change pitch and shape as you slide your finger and if something doesn’t sound right, it can all be adjusted on the fly with a second finger.
Dozens of pre-programmed sounds can also be changed at will for each instrument. Everything from Glitch Keys to House Bass is available as a sound and is quite impressive. 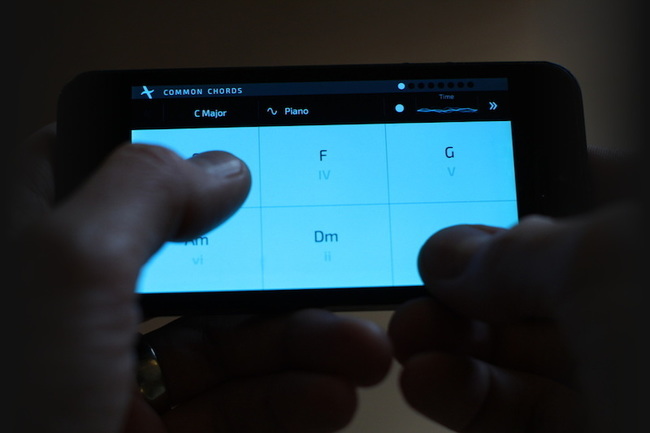 One of the newest instruments to join the fray is also one of the easiest to use. The goal of Fiddle Wax Blue is to get anyone playing music as quick as possible. To do this, the developer has taken the guess work out of which notes sound good together.

The app opens with six chords in big blocks associated with whatever key you choose. There are eight different instrument sounds including piano, guitar, xylophone, trumpet, and harp. From there you can jump right into writing your own song or playing one from someone else.

There are more advanced modes which allow a person to hit chords and notes outside the chosen key, but even in these modes it’s clear, with blue highlights, which notes go best together.

The really interesting feature is the ability to record your own instrument/sound and then manipulate it. Hit the record button and hum or sing something short and it then gets mapped to different chords. 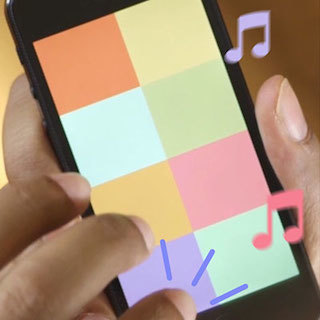 Keezy is more of soundbox than a instrument, but it may be exactly what you’re looking for. In the same way the cow bell can play a critical role in very selective situations, the ability to record a specific sound to play at the right time could prove invaluable.

The app comes with several preconfigured sound selections, but the real fun comes in creating your own. Simply hold down one of the big, colorful, squares and get creative. You never know when you’ll need a random chuckle, scratching noise, or the explosion sound only you can produce. 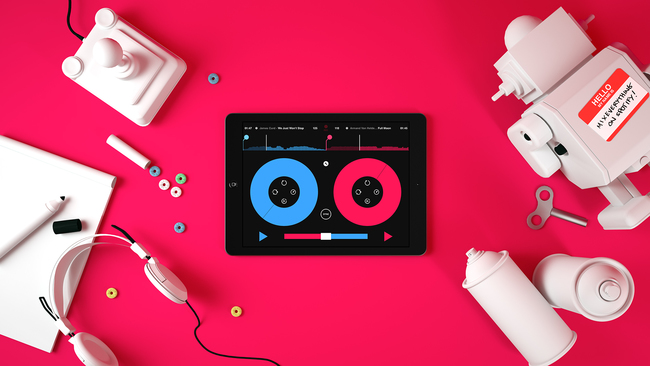 For all the DJs, or wanna-be DJs, Pacemaker is one of the coolest music apps to hit the Appstore recently. There are of course already some pretty neat DJ apps available, but none that make it this easy to go from zero to remix in a few seconds.

Beyond its straightforward and simple approach, Pacemaker can also connect your Spotify premium account allowing access to millions of songs just waiting to be scratched.

The app is free, but does offer some modest in-app purchases to expand the basic capabilities. And even indulging, the $10 max is still less than some similar apps. 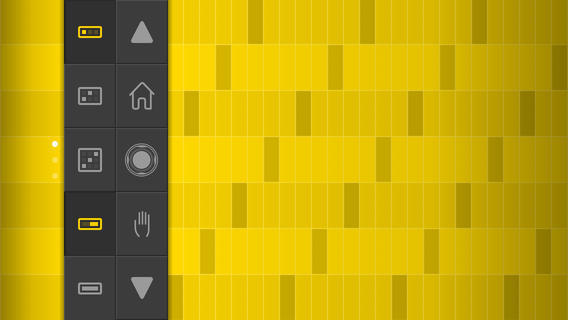 SoundPrism is actually a very powerful instrument, but also lends itself nicely to the beginner.

Opening the app for the first time you can slide your finger around on the blocks to make some cool music. In the free version there are sounds for organ, pad, rhodes, and synth which give off some killer sounds to play around with.

Sure, the app can connect to a hardware synth over WiFi or control multiple instruments at the same time, but you could also find yourself losing significant time just taping the different keys and figuring out which sounds and patterns work well together.

Apple should run their music business like they run their App Store. That’s to say, they should create a musician program that allows individuals, as well as companies, to sell music directly through iTunes. Currently, independent... Continue →